Jon Powers, co-founder and president of CleanCapital, said many institutional investors have stayed away from the storage market, even if they have financed solar generation projects. The differences across markets in how storage is treated, as well as the various revenue streams that are possible from storage, have made it more complicated to value properly, he said.

As renewable generation grows, energy storage is expected to be a booming marketplace. A June 2021 analysis from Wood Mackenzie forecasts that the U.S. storage market will grow to $8.5 billion a year by 2026. A lack of investors, however, could hold that market back. “The storage market really needs support to continue its acceleration,” Powers said, adding that the partnership with Stem will offer “the right combination of expertise in both ends of this market.”

Russo said the challenges around storage investment can slow down sales and have pushed Stem into an education campaign. The company’s Stem University curriculum is designed to help industry partners understand how to model, deploy and sell storage projects. Russo said that education has especially targeted the long-term asset owners who right now “are either leaving a lot of money on the table or are unable to properly value the storage asset.”

Other green energy investors have made plays in the storage and distributed energy industry. According to a May report from Mercom Capital Group, battery storage companies raised $994 million from venture capital funds in the first quarter of 2021, 183% higher than the previous quarter. Overall in 2020, corporate funding of battery storage doubled compared to the previous year for a total of $6.6 billion raised.

In May, ClearGen, the Blackstone Group’s sustainability fund, announced a commitment of up to $500 million with renewable microgrid developer GreenStruxure. Other storage providers have sought quick capital through SPAC acquisitions, including long-duration storage company ESS and zinc battery maker Eos Energy Storage.

This article was originally published on https://www.utilitydive.com/news/stem-becomes-investment-platform-cleancapitals-preferred-storage-provider/601951/ 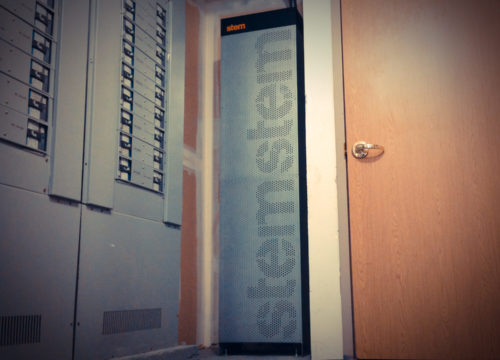 Under this agreement, Copec will deploy Stem's intelligent storage solutions as part of its development strategy – which aims to accelerate the energy transition focused on improving people's quality of life – expanding Stem's international presence into South America.