Late last year, and totally hermetic, Angelini Group’s fuels subsidiary launched its first venture capital fund in California, as a way to be close to those leading technological changes. Meanwhile in Chile, the group built an innovation garage and new businesses that are committed to areas such as new mobility, new energies, and new convenience. The platform that brings together both initiatives is called WIND and it is laying the foundations of the company of the future.

In the bay of San Francisco, California, where the mythical Silicon Valley is located, and without paraphernalia or grand inaugurations, landed last year Wind Ventures, Copec’s first corporate venture capital fund. But true to the silent style of its controller, Roberto Angelini, head of the Angelini Group, it was only in mid-June of this year that the strategy was revealed among a few business circles. In general, the idea is to take advantage of Copec’s experience and resources to accelerate startups and scale up firms linked to energy, mobility and retail industries in Latin America. “We are looking for startups with global growth potential, that we can bring and help to grow in the region, but especially in Chile,” says Leonardo Ljubetic, Copec’s Corporate Development and Management Officer, the unit that oversees this initiative.

During these months the work has been intense. For instance, in December 2019, Brian Walsh, a renowned former executive of the international consulting firm Mckinsey & Company and an expert in venture capital, was officially announced as project leader, and later, Sean Simpson and Bob Ma joined the team. Prior to the pandemic, they assure to have studied more than 100 startups and selected some of their interest: in their portfolio they already have three investments: Stem, Ampere Energy and CarGo.

The initial plan is to make six annual investments that can range from US$1 million to US$10 million in A, B and C+ companies. Although there are exceptions: in August 2019, Wind Ventures invested US$30 million in Stem Inc., a global leader in artificial intelligence services for energy storage.

“Generating this connection between Chile and one of the cores of innovation at an international level (Silicon Valley), helps us to accelerate Copec’s evolution. In the crisis that we are experiencing, the economic recovery process must be based on sustainability and innovation and environmental challenges cannot be neglected either, therefore we expect our contribution in this area to increase significantly”, said Ljubetic.

In fact, the strategy to achieve this goal is much broader and far exceeds the domains of the company’s new venture fund. In the minds of the top executives of the largest fuel company in the country, the current guideline is to lay today the foundations for Copec in the future. To do this, WIND was created in June 2019, a platform made up of Wind Ventures and also Wind Garage, an innovation and new business unit that is based in Santiago and has a team of 27 people, under the leadership of Ljubetic.

The vision behind this bet, according to Lorenzo Gazmuri, Copec’s Executive Vice-President, is “to broaden and deepen our capacity to accompany people’s lives on the move. This implies no longer thinking only about ways to travel in private vehicles. We must rethink the role of service stations, we must open and promote other energy sources for a new phase in electricity generation and distribution”. Gazmuri adds that he envisions, for an even closer future, a Copec that is with its users in their homes, in the industry, in city stations and on highways, with a highly digitized, multi-channel and comprehensive proposal of decentralized generation and energy autonomy.

The tribes and the garage

WIND was born after the launching of the Corporate Development and Management Department in 2017, which original goals were to study new trends, design a development strategy and promote innovation at cross levels in Copec and also in its international subsidiaries: Colombia, Peru, Ecuador, Panama, Dominican Republic, and southeastern United States.

“Between 2017 and 2018, we noted that various phenomena transforming the global mobility and energy scenario were emerging, and Copec decided to create the New Mobility area,” recalls Ljubetic. At first, the area focused mainly on electromobility but then looked at other trends, such as car sharing, the future development of autonomous vehicles and MaaS (Mobility as a Service)”.

As the unit’s leaders recall, it was a challenging time, of much study and analysis that took them to countries such as Norway, the Netherlands, Germany, Spain and several cities in the United States. “The new mobility is a trend that attacks our more traditional business, but Copec is a service company that owes itself to its customers and its duty is to sell all types of fuels, whether fossil fuels or based on new technologies,” says Ljubetic .

Arturo Natho, Copec’s General Manager indicates: “We are seeing the future with two watches, one in the traditional business of fuels and lubricants, but with a permanent vision of innovation, sustainability and operational excellence. And a second watch that looks 10 or 15 years into the future and that plans to turn the company into an innovation vector of innovation thinking about the requirements of the future, and into a leader in the new scenarios of generation and distribution of new energies”.

In addition, they began to analyze energy trends that aimed to reduce CO2 emissions, inject greater competition into markets, and give users greater autonomy, also including other broader trends such as digitalization and its impact on consumption habits and business scaling, that can take advantage of Copec’s wide infrastructure of convenience stores in Chile and in its international subsidiaries.

The “Garage” team is made up of young professionals who are divided into three “tribes”, as they call the work areas. The first tribe is New Mobility, led by Universidad Católica industrial engineer Francisco Larrondo, who, among others, has been in charge of Copec Voltex’s development, the largest fast charging network for electric vehicles in South America.

The second tribe, New Energies, is led by Max Valdes Angelini, nephew of Roberto Angelini -the head of the family holding that brings together companies such as Copec and Arauco-, a Business Engineer from local Universidad Católica with postgraduate studies at Babson College. Valdés is part of the third generation of the family that has joined the management of the group and is in charge of developing efficient energy storage and management initiatives, as well as new sources of clean and decentralized generation for the commercial, industrial and residential segments.

The third tribe is New Convenience, focused on efficient solutions for retail and convenience stores, is led by Enrique Valdés, Engineer from the Universidad de Los Andes and with an MBA from Duke. Finally, Florencia Sepúlveda leads the Ideation and Support area. The commercial engineer from local university Adolfo Ibáñez, with post-graduate studies at the Imperial College London, commands the construction of the “funnel” of ideas and coordinates the work with the leaders of each tribe. In addition, she oversees open innovation and links the garage with innovation ecosystems.

Although the work is independent in each “tribe”, they are closely coordinated. Even during the pandemic, they maintain daily communication channels where everyone participates or exchanges ideas and status of their different projects. Similarly, they maintain a close relationship with Wind Ventures, an entity that provides them with new entrepreneurial opportunities that they can scale in Chile and the rest of Latin America.

Everything leads to the “Terminal”

Today WIND has six subsidiaries: Copec Voltex, Flux Solar, Stem, Ampere Energy, Emoac and CarGo. Rather than looking for profits in the short term with each one of them, the investment criteria behind the platform is to create value, that they add up with each other and become part of a comprehensive and sustainable offer for clients.

Leonardo Ljubetic illustrates this idea with a concrete example: the construction of the second largest electrical terminal in the world, which will be inaugurated during the second half of 2020 in Maipú. “With it, we are going to bring electromobility to more Chileans every day, this time in public transport in order to contribute to improve the quality of life of more than 2 million people, connected through 10 routes of the RED system in 10 municipalities in Santiago”, he indicates.

According to the executive, a series of innovations converge in this project that were only possible because they had the installed capacities and the experience accumulated by WIND Garage. “The electro-terminal will have 57 Copec Voltex retractable chargers for 215 electric buses and it will be supplied with clean energy delivered by Flux Solar and Emoac subsidiaries”, he summarizes.

Another example is the pilot project running in a school in southern Chile, in Cruzaco, in alliance with the Ministry of Energy and the Municipality of Lonquimay, where they are installing a system that integrates panels from Flux Solar and second-generation lithium batteries managed with artificial intelligence by Ampere Chile.

“These initiatives are not looking for immediate profitability. They rather respond to a vision of the future and reflect our commitment to be part of the solutions to some of the great challenges of these days”, he concluded.

“Copec al Servicio de Chile” (Copec at the Service of Chile) is a program that has been developing since April and that aims at strengthening the logistics of health systems, as well as direct contributions to the community, such as food and heating.

Arturo Natho, Copec’s General Manager, assures that “with this plan we seek to make a concrete and systematic contribution to the country, based on what we know how to do best: contribute from our experience and operational capacity throughout the territory to overcome this pandemic together”. The lines of action include a free fuel supply plan for SAMU # 131 emergency ambulances throughout the country; the implementation of four areas for testing PCR samples without leaving the car; fuel to power the first modular hospital installed near Sótero del Río Hospital and food for more than 100 communitarian kitchens managed by Caritas Chile.

“Some time ago Copec understood that the future of the different lines of action such as mobility, energy and convenience were very different from how we knew it until now. Together with another person we started reviewing some issues on mobility and after some research we realized that the world was much broader and we had to start segmenting the different initiatives, giving them a particular focus. This is how these three main tribes ended up being created”.

“Francisco’s mobility area with mine of new energies have many synergies and ways of approaching consumers jointly. Although each one has its own metrics and strategies, it must be said that these are areas that walk quite together, there is certain integration of both teams”.

“Mine is a cross-team that works with the three tribes, we support them in marketing, in the development of their different projects and supporting them with prototypes. My mission is to provide backup and connect them between each other”.

“Convenience is a very broad concept, but in general it aims at generating projects that add value to people in their day to day consumption and mobility experience, so that we can accompany them and facilitate these processes by incorporating innovation and technology”.

This article was originally published on https://www.df.cl/noticias/df-mas/por-dentro/el-silencioso-aterrizaje-del-grupo-angelini-en-silicon-valley/2020-07-31/184536.html 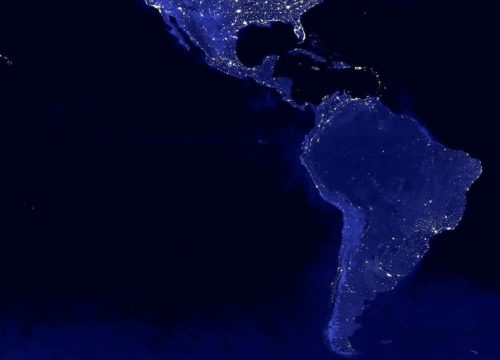 Looking to scale up in Latin America? WIND Ventures is looking for you

Corporate venture capital fund, Wind Ventures, is open for business. Although it had already been working behind the scenes, the VC fund only made the official announcement today (18). According to its website, it even has three portfolio companies.