Not three years ago, a French coworker actively ridiculed analysts suggesting a research project around flying cars given synergies between automotive and aerospace. He, like many, had heard science fiction tales since his childhood ranging from The Jetsons’s flying bubble-machines to a Jarvis-controlled, personalized super suit. All of this seemed fantastical and juvenile. Marketers had certainly told him that differentiated products are “just crazy enough”, but this appeared too crazy.

And then the world shifted.

Suddenly there are multiple enablers which make such personal transport a nearer-to-horizon reality. No, you aren’t going to wake up tomorrow with Tony Stark hovering outside your bedroom window, but as Alvin Toffler previously proclaimed, “The future already has begun”. In fact, an eight-minute journey from JFK airport to downtown Manhattan on Uber UBER -0.5%’s Elevate — a Vertical Take-Off and Landing (VTOL) taxi – can be reserved for $200. And Uber isn’t alone by any means with over fifteen different flying cars and taxis under development. “I would be surprised if there was a major manufacturer who’s not looking seriously at this space since they want to provide full, point-to-point solutions including ground and air mobility,” states Sean Simpson, Director of WIND Ventures and formerly an investment manager at GM Ventures. “Many manufacturers, like GM and Toyota, have made or are looking to make bets with start-ups or joint ventures, and are close with aerospace players like Boeing BA -2.3% and Airbus since they have experience with FAA and certification.”

What are those enablers and why are so many interested? Below are five of those catalysts and three areas of concern that transportation companies need to address before the public starts exclaiming, “Alexa, flame on!”

Enabler #1: A Battery of Batteries

Jet fuel is expensive, not readily available and would create many suburban issues. Gasoline does not have the power-to-weight ratio required for sustained flight. Batteries were previously not a solution for multiple reasons, but recent developments have changed.

Analysts forecast the average cost of a kilowatt-hour of lithium-ion battery capacity to fall from approximately $150 to below $100 by the mid-2020s, which is an essential enabler to shifting the world economy away from coal and gasoline. That said, battery cost is not the only critical ingredient. “Range and fast charging are two of the key drivers, which will be interesting to both investors and customers,” says Simpson. “Palo Alto to downtown San Francisco is a great use case where the economics begin to work. Fast charging without degradation will allow a given vehicle to get up and going again doing productive work and drive utilization. It’s less about the max range – you must cover the pain point of the customer – and more about how quickly you can transition from ride to ride.” Breakthroughs in fast charging and replaceable batteries may become very relevant enablers.

Flying cars have been prototyped for decades and even went into production in 2018. Many of those planes, however, required a runway and lots of room to operate. Once a runway was scheduled, a flight plan was radioed to towers and approved. To find these takeoff, flight and landing lanes required lots of infrastructure and support, which is prohibitive to personalized transport. “In automotive there’s one option for latitude and longitude, but in space there are infinite points above that,” says Simpson. “You cannot have a bunch of disparate solutions and, therein, it’s presently a lot more like the Wild West since there’s not a lot of traffic up there yet. You’ll eventually need some system that’s taking and processing all of that data.”

And along comes innovation: companies solving the quasi-flying lane issue via cooperative systems. “Imagine a complex network of hub and spoke communications with each autonomous vehicle communicating its intended path and confirming no 3-dimensional collision courses,” says Evgeni Borisov, CEO of Vimana Global. “These are not perfectly pre-prescribed flying lanes, but still create the opportunity to establish safe lanes of passage.” Granted, such an enabler isn’t yet unanimous and ubiquitous, but solutions are nonetheless emerging, thereby providing a glimpse that this conundrum may soon be solved.

Enabler #3: Autonomous for The RestOfUs

With pilot shortages in parts of the world (e.g. US pilots are down 30% since the mid-80’s), adding more vehicles would stretch a constrained resource, not to mention vertical takeoff in a confined area is a specialty skill still wrought with human error. The only way to avoid all of the learning curve and provide a safe mode of transport is autonomy. “When operating in lower airspace, the vehicle must comply with all the regulations and cooperate with all the other participants. That said, the lower airspace as one enormous economic system is only capable of being fully propelled by fully autonomous operandi. Only then can you get a truly safe system; eliminating human error,” declares Borisov.

The good news: automotive suppliers have made tremendous improvements in autonomous systems over the past few years including sensor fusion, camera or lidar systems, artificial intelligence and a host of other subsystems. The bad news: As said best by Bill Ford Jr, “[The automotive industry] overestimated the arrival of autonomous vehicles,” and until all of the edge cases are perfectly overcome there must be trained pilots onboard. The personal drone business may have built-up the code base and experience to threaten being first to market, but many of those businesses do not have the appreciation and rigor required for Functional Safety design. Human error can also happen in coding; not just driving.

Despite the aforementioned improvements in battery technology and associated cost, the electric vehicle (EV) has lagged both marketing forecasts and positive effects on Corporate Average Fuel Economy (CAFE). Given an already competitive marketplace for automotive, incentives to “fuel” EV purchases will create an even greater incentive to find differentiating, high-margin transportation solutions. “There must be an economic model where everyone wins,” states Borisov.

Per Elon Musk, “If we drive down the cost of transportation in space, we can do great things.”

There still might be a want for mass ride-sharing and public transport, but being shoved into jam-packed subways will be even less desirable in the wake of COVID-19. Social distancing or, minimally, a low-contagion environment is nearly impossible for many forms of transport, which will “drive up” the desire for premium services. “With Covid-19 forcing everyone to think differently, now is the perfect time for a new innovation partnership mode,” purports Roper.

The clear and obvious solution to Social Distancing for commuters is one-car-per-commuter. Perfectly controlled. No cross-contamination. However, many urban infrastructures have hit capacity for ground transport, parking, etc. and a massive return of commuters will, as the NY Times stated, create a hellscape of transportation. As said best by Simpson, “If you can reduce the number of vehicles being parked in a given day, congestion goes down. Moving to the air is a natural extension.”

Relinquishing control has never been easy, but autonomous vehicles present a new level of anxiety. Aviophobia is the fear of flying and anywhere from 2.5% to 6.5% of the population already has this phobia. Depending on the study, 71% to 73% of Americans fear autonomous cars, and over 80% would not let their children ride in one. 55% of corporate risk managers surveyed cited cybersecurity as the top concern about self-driving cars. Are these fears of the unknown or a long-term, underlying deterrent to the business case of flying vehicles? Good questions with no good answers yet.

“A collision on the ground at thirty miles per hour can be dangerous but it’s typically survivable,” states Simpson. “Any collision in the air is orders of magnitude more dangerous. Nowadays, safety is number one. Everything has to be explainable, and you have to be able to explain what went wrong and how you’ve learned from it.” And that significant change in Functional Safety does not even include entanglements with power lines, strong winds, and unintended damage from propeller drafts. Although both aerospace and automotive companies have improved at Functional Safety over the years, flying vehicles would require a step-function increase in the rigor and third-party oversight to avoid exorbitant liability insurance or punitive damages. What will be enough? “Folks will get excited and carried away at first. Human-level conversations and regulation will need to define if a singular, fatal event is acceptable given many more die today. Expectations will need to be managed with transparency and oversight.”

As noted by Borisov, however, Functional Safety can also be seen as an enabler. “The consequences of not cooperating are catastrophic, which will incentivize companies to comply.”

Even small drones create a lot of noise, let alone experimental air taxis. The air displacement for vertical take-off sends so much debris flying that commercial tarmacs are constantly swept for foreign objects. Having a flying car will not work well with neighbors in congested areas so designated helipads and commuter solutions will need to be devised for consumers with neighbors. Remote sites, though, means infrastructure and coordinated services that presently don’t exist.

This article was originally published on https://www.forbes.com/sites/stevetengler/2020/06/23/auto-industry-looks-to-get-off-the-ground-with-autonomous-flying-cars/#38e6e3a77ec2 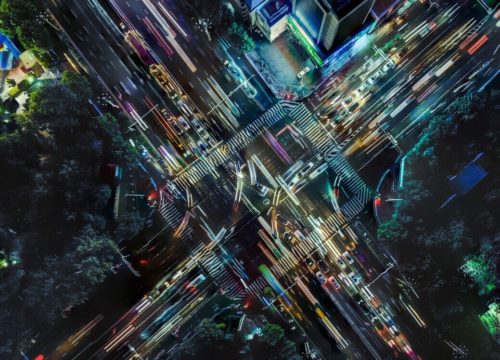 The typical approach for US startups has been to first dominate their home market and then figure out the right international expansion strategy. On the surface, it is not an unreasonable approach. Most US markets use the same language, payment systems, marketing channels, and so on which makes expansion very straightforward and scalable. But once a startup conquers the San Franciscos, New Yorks, and Chicagos, it might be worthwhile to look at whether the next US city is going to net benefit the startup more than an international option.