Smart motor system developer Turntide Technologies, on a mission to replace all of the traditional motors in the world, brought in $33 million in funding to accelerate its strategy.

The new investment includes backing from the Amazon Climate Pledge Fund. As of today, the company has raised $103 million since its founding in 2013, chairman and CEO Ryan Morris told Crunchbase News. That includes a $25 million Series B round in January led by BMW i Ventures.

Ninety-eight percent of the motors are based on technology invented in 1888 by Nikola Tesla, Morris said. The Sunnyvale, California-based company touts having the “the world’s first sustainable electric motor with digital DNA.”

The software-driven motor enables precise and reliable control to effectively use every watt of energy to reduce electricity consumption and achieve optimal efficiency. For example, if a building is getting too hot or too cold, Turntide’s system can slow the speed of the motor, lowering the output of conditioned air and eliminating excess energy waste to cut costs.

In terms of funding, Turntide took a less traditional path due to the kind of problem–creating a smart motor–the company was trying to solve, Morris said. Rather than start with smaller businesses, the company started with Fortune 500 companies. Its focus was on potential customers with large multisite facilities that were paying the electricity bills, such as JLL, one of its investors, he said.

“We deliberately went to the Fortune 500 companies knowing that it would be a huge bar, but once we got those customers, we knew they would become powerful references,” Morris added. “We had enough conviction to take the risk, and now we are seeing the benefits.”

The company’s first application was in the commercial HVAC retrofit space, a market poised to be valued at $130 billion by 2024, according to MarketWatch.

Now the company is in the type of growth stage where the new funding will help Turntide expand its product lines, deliver new features and hire more engineers, Morris said.

“The first $50 million was used to solve the physics problem and make it possible to solve the problem,” he added. “In the next phase, we proved the concept worked in the real world and supported thousands of systems reliably.”

Turntide’s motors are being manufactured, shipped and installed at scale across the U.S., Canada and the U.K. with further international expansion planned in 2021 as Turntide works on pilot projects in the Middle East, Asia and Mexico.

The company employs more than 100 people and has 50 job openings across the board, Morris said. Turntide has been hiring a lot this year and will continue to do so as it works to get the initial big orders completed.

“We are a matter of two or three months away from having these large, initial orders considered a success,” he added. “Moving forward, we will be heads down working on executing the HVAC retrofit and expanding our product line.”

This article was originally published on https://news.crunchbase.com/news/amazon-backed-turntide-technologies-raises-33m-for-digital-motor/?utm_source=linkedin&utm_medium=website&utm_campaign=SocialSnap 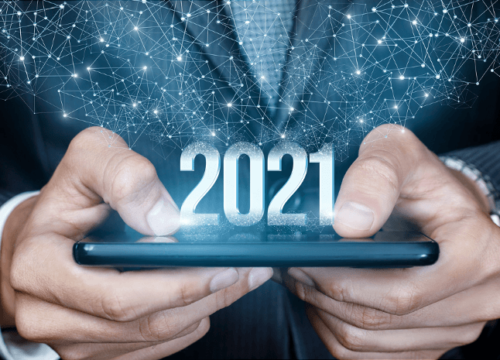 As we begin 2021, we are optimistic of what’s to come. Technology advancements, such as the acceleration of digitization across industries, have shown us the resilience of innovation through uncertain times, and we expect that to continue into 2021 and the future.