Over the last number of years, Latin America has emerged as a significant growth market for ‘big tech’, including Uber, Airbnb, Amazon, Facebook, Coursera, and others. It has also become a growing and vibrant home-grown startup ecosystem. The region has sprouted nineteen-plus Unicorns, several exits and even a billion-dollar single round financing. The Coronavirus pandemic (COVID-19), however, is having an outsized impact on Latin America’s startup activity compared to other regions, judging by Q1 2020 activity numbers, and this is just the beginning.

When including the US, Western Europe (WEU), UK, China and Latin America, the global startup innovation landscape experienced a 27% drop in Q1 2020 in terms of the number of deals completed compared to the previous quarter. Giving some comfort to venture capitalists and startup founders alike is that the amount of invested capital remained essentially constant. The average deal size increased across these regions– up a matching 27%. So, from a global perspective, the venture capital community did fewer but larger deals, on average, during the quarter where COVID-19 started wreaking major havoc in the economy.

Looking at each of these innovation hubs individually, we see different levels of impact from, presumably, COVID-19 between Q4 2019 and Q1 2020. Deal count for the US, WEU and UK each went down approximately 20% each. Fairly modest, all things considered. China’s deal count, however, suffered almost a 50% drop while Latin America’s deal count went down almost 60%.

We also see a stark difference between these regions from an invested capital perspective. The US, WEU and UK each invested approximately 28% more capital in Q1 2020 as compared to Q4 2019 while China’s and Latin America’s invested capital both went significantly down. China deployed a bit over one third less capital and Latin America deployed a very significant two thirds less.

When comparing Q1 2020 activity to rolling averages of the past six quarters to ensure Q4 2019 activity were not outliers, we see the very same take-a-ways: resilience in the US, WEU and UK, significant impact in China and mind-numbing impact in Latin America.

Given that innovation hubs are distinct from differences in dynamics and levels of maturity, it is not surprising that there is a spectrum of impact. Regarding Latin America, which may have had much of its momentum and footings uprooted this past quarter, I think there are three key takeaways.

There is a growing pool of capital in Latin America focused on early-stage opportunities. Much of the later stage capital that the region has benefited from has come from abroad, be it SoftBank’s Vision Fund, Silicon Valley funds or corporate sources. In times of enhanced uncertainty, you can expect sources from abroad to recede, focusing on regions closer to its local networks. Latin America still needs to mature in providing a full funding continuum, from seed, A, B, C+, for its founders within the region itself.

Latin American founders will have a tougher time securing their next financing compared to founders in the US, WEU and UK.

The in-region early-stage capital is going through its first real ‘shock’ event as much of it was not yet established during the dot com bust or the Great Recession. We can expect the professionals behind this capital to be very cautious. Further, as noted above, much of the later-stage capital from abroad will remain abroad. This will create a fairly cold climate for Latin American founders in need of capital this year. As a result, I think we’ll see the more persistent founders with value propositions transferrable to the US relocate to the SF Bay area.

Latin American corporations have started to take notice of agile, digital disruptors (startups) creating an increase in corporate venturing activity in Latin America . Many, however, are engaging only locally, not ready or willing to invest elsewhere. The recent activity numbers do not bode well for these efforts as they will be hard-pressed to realize their intended objectives, be it learning or new growth, given the colder climate. The few corporations from Latin America, however, that have invested in building a global capability and, as part of this, selected a strategic corporate venturing headquarters where there is the highest concentration of relevant startups to them will benefit from immersing within a more resilient ecosystem and the more favorable investor environment (still a lot of activity but lower valuations) that a shock like COVID-19 brings.

What does this mean for innovation in Latin America today?

While the in-region startup ecosystem has been hit hard, the opportunity for well-funded startups from the US, WEU and elsewhere to enter Latin America for additional growth remains strong. The growing middle class, all mostly armed with smartphones and prolific consumers of digital content, are yearning for better experiences within many sectors, including mobility and retail. COVID-19 now has this attractive customer base working from home and, like here in the US, looking for less invasive ways to move, shop, communicate, learn, etc. Receptivity for new digital approaches offering better customer experiences is high. With favorable demographics and a cultural shift towards digital services, investors and startups to take advantage of this moment to enter the market.

This article was originally published on https://techcrunch.com/2020/04/29/latin-americas-startup-ecosystem-is-not-immune-to-covid-19/?guccounter=1 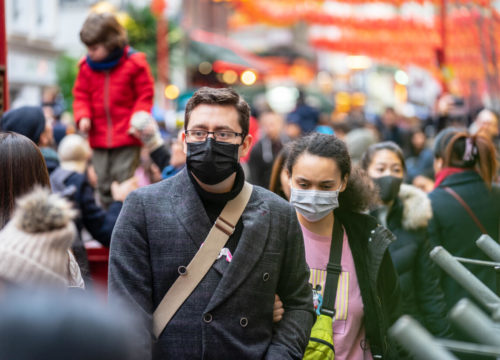 How The COVID Crisis Will Evolve Latin America’s Technology Adoption

Most Latin American countries have strict quarantine measures to slow down and minimize the spread of COVID-19. With restrictions in place for the foreseeable future, the way work is done and commerce is conducted across Latin America has rapidly, and quite drastically, changed.