Last-Mile Delivery in Latin America: Late to Arrive, but Ready for Take-Off

In the United States, same-day and next-day Amazon Prime deliveries have become the de facto standard in e-commerce. People want convenience and instant gratification, evidenced by the fact that an astonishing ~45% of U.S. consumers are Amazon Prime members.

Venture capitalists have been heavily investing in last-mile delivery over the past five years on a global scale; however, Latin America (LatAm) has lagged behind. Over $11B has been invested globally in last-mile logistics over the past decade, compared to less than $1B in Latin America over the same period (Source: Pitchbook and WIND Ventures research). Within this, only ~$300M was in Spanish-speaking Latin America — a surprisingly small amount for a region that has 110 million more consumers than in the US.

Loggi in Brazil accounts for ~60% of last-mile VC investment in Latin America, but only operates in Brazil. That leaves major Spanish LatAm countries like Mexico, Colombia, Chile, and Argentina without a leading independent last-mile logistics company.

In these countries, about 60% of the last-mile delivery market is dominated by small, informal companies or independent drivers using their own trucks. This results in inefficiencies due to a lack of technologies such as route optimization as well as a lack of operating scale. These issues are quickly becoming more pronounced, because e-commerce in LatAm is taking off, with a 16% compound annual industry growth rate over the past five years.

As a result of these issues, retailers are missing an opportunity to give customers what they want. Customers today expect free, reliable same- or next-day delivery — on-time, all the time, and without damage or theft. All of these are challenging in LatAm. Theft, in particular, is a significant problem, because unprofessional drivers often steal products for delivery and then sell them for a profit. Cost is a problem, too, because free same- and next-day deliveries are simply not available in many places.

Why does Latin America lag when it comes to the last mile? First, traditional LatAm e-commerce delivery involves multiple time-consuming steps. Products are picked up from the retailer, delivered to a cross-dock, distributed to a warehouse, delivered to a second cross-dock, and then finally delivered to the customer’s doorstep.

By comparison, modern delivery operations are much simpler. Products are picked up from the retailer, delivered to a cross-dock, and then delivered directly to the customer. There’s no need for warehousing and an extra pre-warehouse cross-dock.

And those are just the operational challenges. Lack of technology also plays a significant role. Most delivery coordination and routing in LatAm are still done via a spreadsheet or pen and paper. Dispatchers have to manually pick up a phone to call drivers and dispatch them. In the U.S., computerized optimization algorithms dramatically cut both delivery cost and time by automatically finding the most efficient route (e.g., packing the most deliveries possible on a truck along the route) and automatically dispatching the driver that can most efficiently complete the route based on current location, capacity, and experience with the route. These algorithms are almost unheard of in the Latin America retail logistics sector.

In all major global markets (U.S., Europe, and Asia), the last-mile delivery sector took off exponentially after major retail brands launched free same- and next-day delivery services. The availability of fast, free delivery spurred increasing consumer expectations. When large numbers of consumers came to expect free same- and next-day delivery from a major retailer, the rest of the retail and e-commerce industry has had no choice but to follow, or else risk losing customers to retailers that can offer fast and free delivery. Subsequently, VC investment in the sector explodes.

LatAm is at the catalyst point

LatAm’s largest e-commerce company, Mercado Libre, launched its same-day delivery network in 2018. As predicted, last-mile delivery VC investment started taking off in the same year. This created a domino effect that will lead to an exponential growth in the last-mile delivery sector in LatAm over the next few years as consumers come to expect free same- and next-day delivery.

Mercado Libre was about four years behind retailers launching similar services in Europe and Asia, and eight years behind Amazon in the U.S. Regardless of the late start, last-mile delivery has become a massive market opportunity for investors, startups, and retailers, especially given strong rates of e-commerce industry growth in LatAm — one of the fastest-growing e-commerce markets in the world.

E-commerce sales in LatAm are expected to grow at 37% to $85 billion in 2020, making the region the world’s fastest-growing e-commerce market. Much of this is driven by the rapid increase of mobile shopping in Latin America, where mobile’s share of e-commerce is expected to reach 49% in 2021, more than doubling from 21% in 2016.

And there’s still significant room for continued growth. LatAm e-commerce sales currently represent only 6% of retail sales — less than half the rate in the United States. Other drivers of e-commerce and last-mile adoption in LatAm include a burgeoning middle class that has grown 50% over the last decade, a GDP per capita on par with that of the Asia Pacific region (excluding high-income countries), and widespread Internet adoption at more than 65%. LatAm is also home to one of the world’s largest mobile Internet markets, with around 250 million smartphone users with 4G connections. Given these factors, analysts are projecting strong last-mile delivery market growth in LatAm in the coming years.

Which startups are ripe for investment?

Startups that succeed at last-mile delivery in this burgeoning market will have four characteristics. They will need:

The successful evolution of the LatAm last-mile delivery startup sector is important to several stakeholders, who all stand to benefit but will need to be strategic to succeed. Any retailer with the exception of Mercado Libre and Amazon will most likely have to rely on third-party last-mile delivery startups to fulfill orders, so they will need to identify the best startup partners.

There is a significant opportunity in LatAm for entrepreneurs, and particularly in Spanish LatAm, where the top three last-mile e-commerce delivery startups have only raised around $100M in total venture capital funding to date (excluding food delivery and ride-sharing startups). This is miniscule compared to other regions, including Brazil, where Loggi has raised ~$500M.

For investors, last-mile retail delivery technology has already produced several unicorns, including Loggi, Nuro, and Bringg. This isn’t counting food-delivery unicorns like Rappi and DoorDash, or ridesharing companies like Uber and Lyft. Last-mile delivery has become a tried-and-true sector for finding venture capital unicorns, and LatAm is one of the best remaining opportunities globally for making such investments.

There are around 650 million consumers in LatAm, and they are one of the last groups of consumers to benefit from widespread free same- and next-day delivery. The development of last-mile delivery in LatAm will have a significant impact on their day-to-day shopping experience.

Latin America is the most important last-mile delivery growth market in the world right now. And although it got a slow start, it is poised for take-off. Smart entrepreneurs, investors, and retailers can all benefit from entering the market and making the right strategic decisions. The biggest beneficiary will be consumers, who will at long last be able to enjoy the convenience and timeliness of receiving packages on their doorsteps in almost no time, at no extra charge. 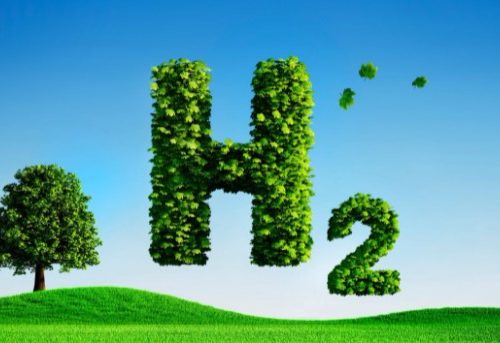 Gaining headwinds in the race toward green hydrogen: it’s vital to focus on geography

The sustainable, cleantech energy landscape looks much different today than it did just one year ago. Hurdles of price, technology, infrastructure, and policy are falling one by one, as corporations, oil majors, and startups steadily move into the space.