Gaining headwinds in the race toward green hydrogen: it’s vital to focus on geography

The sustainable, cleantech energy landscape looks much different today than it did just one year ago. Hurdles of price, technology, infrastructure, and policy are falling one by one, as corporations, oil majors, and startups steadily move into the space.

Big oil, at least in the EU with the likes of Shell, BP and others, has joined utilities in the energy transition, making billions in investments into renewables and hydrogen projects. In 2020, solar became the world’s cheapest source of electricity, cheaper than coal ever was. Leading corporations — Amazon, Microsoft, Apple, and Google — have made aggressive climate pledges to become carbon neutral or negative. The Biden Administration committed to low-carbon technologies, more R&D support, creating green jobs, and accelerating the energy transition.
As part of this, “green” hydrogen produced from renewable energy sources has become a big topic in the global conversation. Green hydrogen offers a pathway to store renewable power in large quantities and to decarbonize sectors that rely on liquid fuels today.

Blue, green, and everything in between

It’s important to note that not all hydrogen is created equal. Most hydrogen today is “blue,” produced using coal or natural gas, resulting in, potentially high, carbon emissions. Less than 5% of hydrogen today is green, created using renewable energy to power electrolysis, the process of using electricity to split water into hydrogen and oxygen with electrolyzers.

Interest in producing green hydrogen is increasing rapidly, driven by several factors. Sectors such as shipping, trucking, aviation, and agriculture can’t be decarbonized with renewable energy and storage alone due to costs and battery weight. Another factor: the best renewable energy sources are often located far from demand. Green hydrogen offers a liquid, highly mobile storage and distribution option in getting renewable energy to where it can be used.

Currently, one of the main challenges is simply to make enough of the green kind: the world is still far short of the quantities needed to meet potential demand. This boost in demand has driven a significant increase of 351% in median startup valuations in 2020 versus prior years in the green hydrogen space — a signal that venture investors are trying to capitalize on the newfound interest.

While promising, green hydrogen is still expensive, driven primarily by the cost of renewable energy, capacity factors, and the expense of electrolyzers. There are also financing, operation and maintenance, compression and storage costs to consider.

Today, green hydrogen costs $3 to $7 per kilogram (kg) to produce. At $2/kg green hydrogen can compete with current transportation fuels. At $1/kg, it can compete against natural gas for heat and power applications. The production costs still need to decrease significantly to reach these tipping points.

The promise of renewables + electrolyzers

For cleantech-focused venture investors, there is a natural play. Electrolyzer technologies powered by renewable energy sources have the potential to reduce capital expenditures and accelerate the timing of green hydrogen’s impact and profit potential.

Today, there are three primary types of electrolyzer technologies: proton exchange membrane (PEM); solid oxide fuel cell (SOFC); and alkaline, each with tradeoffs in terms of costs, efficiencies, operating conditions, safety, and so on. There is a tremendous amount of improvement to be realized in costs, performance, reliability, and form factor to take green hydrogen into much larger markets with the objective to decarbonize.

Plus, the winners have yet to be established. Electrolyzer companies with advantages in technology, knowledge, and talent will have a meaningful impact in how green hydrogen markets develop.

All things considered, there are essentially two approaches to investing in the green hydrogen space. One option is to support new electrolyzer technologies that can drive costs down long-term with a new, steeper, cost curve. This strategy is inherently riskier, but the reward could be higher. New electrolyzer technologies will no doubt emerge, but these could come with bankability and integration challenges that could affect commercialization timelines.

That’s why success with the economies of scale approach requires abundant, cheap renewable energy resources. The important thing to keep in mind is that these resources — both solar and wind — are unevenly distributed around the world. For example, Saudi Arabia ranks high for solar (86% better than Norway) while Norway ranks high for wind (182% better than Saudi Arabia).

Start with a focus on geography

There are some, although not many, geographies, such as Chile and California, that rank highly on the list for both solar and wind. These areas will be rewarded over geographies with lesser resources or with strengths in just solar or just wind in green hydrogen production using existing electrolyzer technologies for two reasons: 1) it offers the lowest renewable energy costs; and 2) mixing solar and wind resources enhances the capacity factor because both are ‘on’ at different times of every day. Taking advantage of both of these benefits has a tremendous impact on the resulting cost of green hydrogen.

The green hydrogen market is likely to develop quickly, so aligning technology approaches with a geographic focus will be the smartest approach and create the biggest impact. 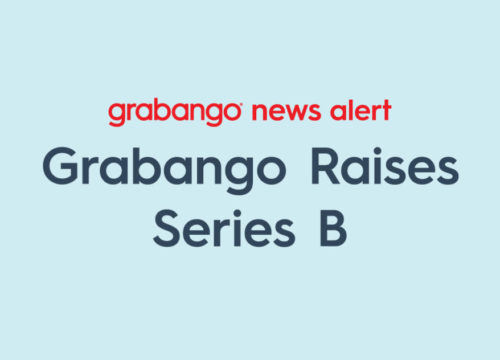 A new definition of “convenience” has entered the retail market around the world. Lines, scanning and paper receipts are all quickly becoming a thing of the past. In its place is a seamless “grab-and-go” experience that makes the old way feel exceptionally inconvenient.